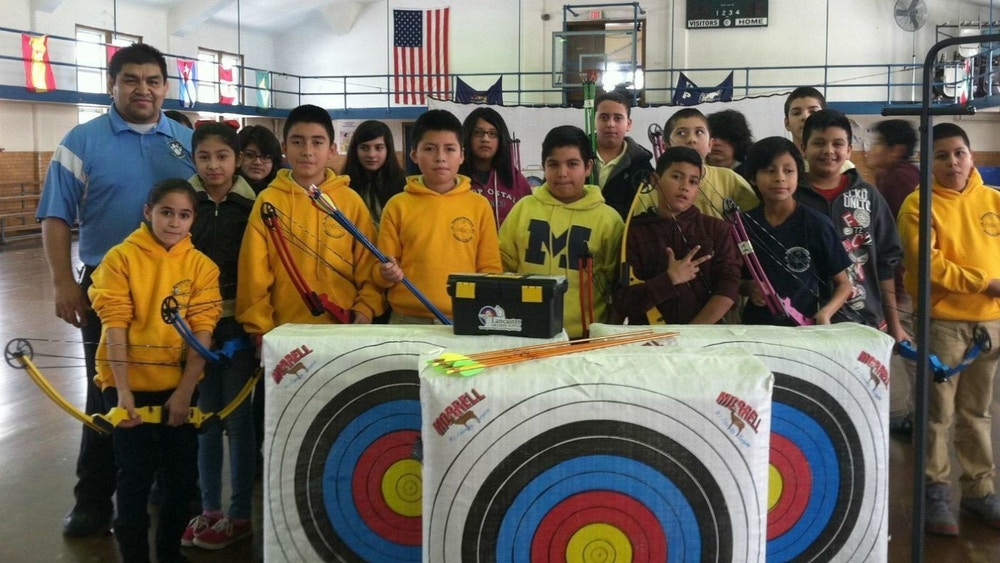 Archery Excise Taxes at Work for Our Industry

This article originally appeared in Archery Business on January 25, 2021.

Excise taxes on bows and broadheads, points and quivers and other accouterments paid by manufacturers and importers stand to grow the number of archers that shoot for fun or go afield for game, big and small. Here is a look at how the excise taxes administered by the U.S. Fish and Wildlife Service’s Wildlife and Sport Fish Restoration Program (WSFR) work for the industry in partnership in three states.

Two miles from downtown Detroit sits Belle Isle in the Detroit River. The former city park and zoo is now a state park managed by Michigan Department of Natural Resources. It sees tremendous use from Detroit’s diverse urban population.

Michigan’s Archery Education Coordinator, Kathy Garland, and Shooting Range Specialist, Lori Burford, both have a vision for a world-class archery park within walking distance of downtown Detroit—a vision that will hopefully come to fruition through WSFR. Existing wooden walkways and elevated platforms will make a world-class 3D archery course. With archery programs implemented in 10 of Detroit’s public high schools, there is a small but growing population of new archers in Michigan’s most populous county.

Garland, an African-American, recognized and seized opportunity to grow the sport: “Wildlife and Sport Fish Restoration grants support archery education—it’s instrumental to introduce archery to more people,” said Garland. “Michigan is very diverse. We have highly populated urban areas…and mid-state, further north, people are born into archery. When you look at inner cities, that’s something maybe children have never experienced or know anything about, so the funding allows us to spread archery education out in both situations, rural or urban, to share the sport and introduce it at events around the state.” If the Belle Isle facility comes to fruition, it’s happening at the right time and place.

Investment of WSFR grants in archery education have already paid dividends in Michigan. An average of 22,000 students participate in National Archery in the Schools Program (NASP) and 79 individual recreational archery programs occur at public archery ranges. At Michigan Tech University, on the northern reaches of Michigan’s Upper Peninsula, the outside shooting season is short. Burford collaborated with the university to renovate its indoor firearms range, and create an indoor archery range open to the students and public, through a WSFR grant.

“WSFR has been just vital for us doing community renovations,” says Burford, “It allows for smaller groups and communities to have access.” With recent changes regarding WSFR grants for range development and enhancement, match requirements now require communities to generate 10% of needed funds rather than 25%.

The Alabama Department of Conservation and Natural Resources built its first public community archery park in Athens, in 2008, through a WSFR grant. Today, Alabama has an impressive 17 such parks—all funded through WSFR. Two more are underway according to Marisa Futral, Hunter Education Coordinator, and demand is high from communities across the state wanting their own. “Everybody wants one. When one pops up, the adjoining county asks what can we do to get one?” says Futral.

According to Futral, NASP participation is high in Alabama and was the second state to implement NASP, after Kentucky. “We started with 16 schools and now have more than 500 active schools,” explains Futral, “The whole point is to get the whole community involved in archery. So, you’ve got archery in the schools, you’ve got your parks-and-rec doing programing with the archery parks for people to practice, so it’s kind of a whole community atmosphere, not just a one type of archery program.”

The response was overwhelmingly positive and immediate. Other counties quickly sought an archery range. Holmes works hard to keep up with the demand. Two ranges, currently under construction, are slated to open in fall 2021, both funded through WSFR.

“Wildlife and Sport Fish Restoration is our livelihood, it means everything to us,” Holmes says. “We try to utilize that money to the best, get the most out of every dollar we spend and try to put it into programs and initiatives that are going to benefit hunters and shooters and conservation down the road.”

Final Thoughts
Across the U.S., the demand for archery programing and ranges continues to grow and the industry-state-federal partnership is essential to meet that demand. In the end, it all benefits consumers and industry—and conservation. The growth in new archers will fuel a subsequent demand for product, yielding more WSFR funding available to state agencies.